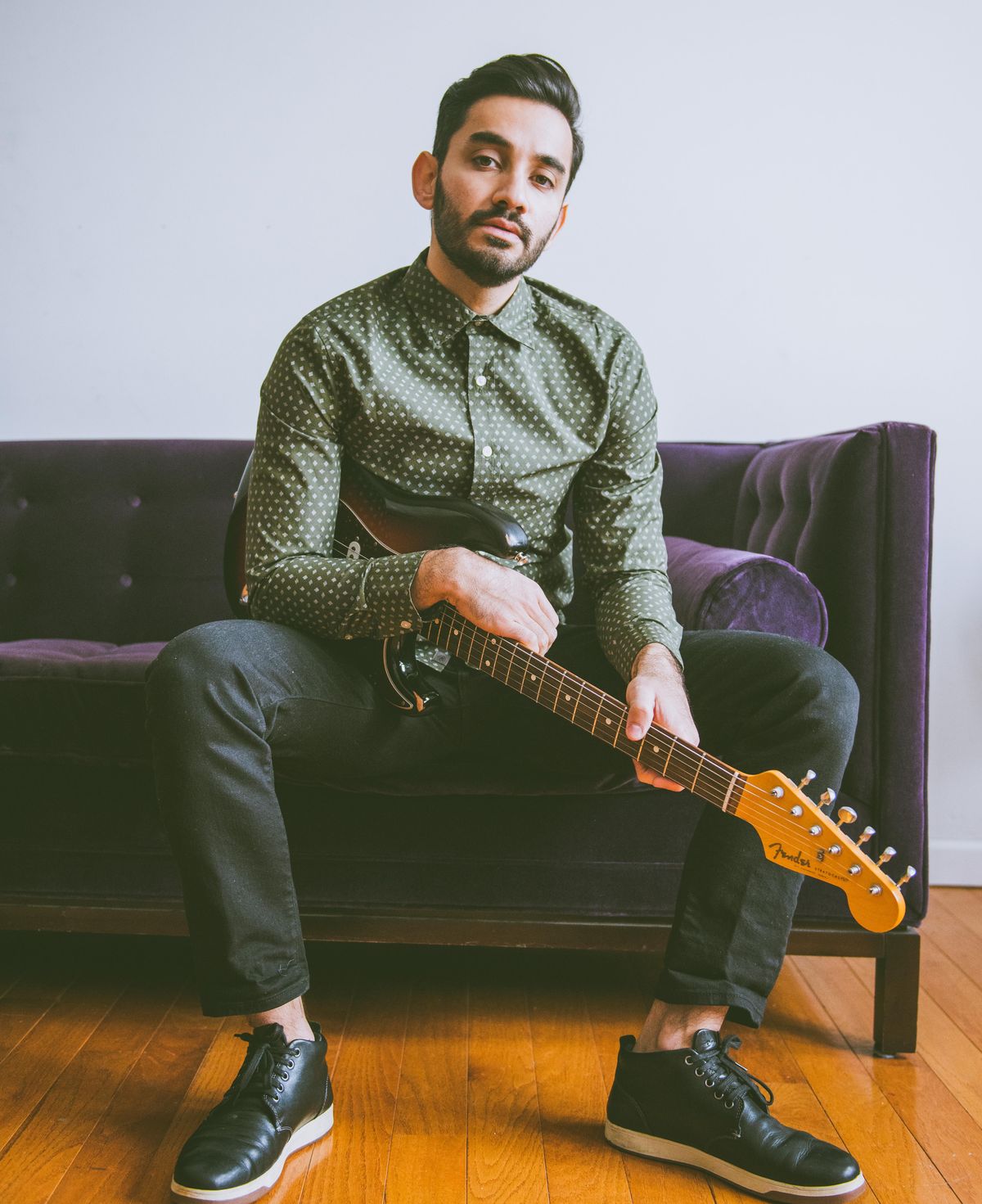 Shubh Saran is a New York-based guitarist, composer, and producer who has performed globally with his band throughout the United States, India, Canada, Bangladesh, Vietnam and Mexico. Having grown up in six different countries, his career has been shaped by a mixture of influences. Saran's intricate compositions fuse sounds from modern jazz, neo-soul, and rock with classical and contemporary Indian music. Saran will independently release his second full-length album and fourth overall release titled inglish on October 29, 2021 - a groundbreaking work that explores concepts of assimilation, global identity, and native culture.

Before moving to New York City to start his music career, Saran studied at Berklee College of Music, graduating with a Bachelor of Arts in Music Performance. During this stage of his life, Saran was developing his craft, gaining opportunities to collaborate with artists such as A.R. Rahman, and establishing friendships and connections who would later in lifebecome bandmates and collaborators. In 2017, Saran made his critically acclaimed debut with the release of Hmayra, and later followed up with H.A.D.D. (2018), and Becoming (2019). Throughout his career as a recording artist, each release has represented a different introspection for Saran.

His newest album inglish, entirely written, arranged, and produced by Saran, is a big step forward as an artist and composer. After releasing Becoming in late 2019, Saran and his seven-piece band toured briefly in the United States and India, and upon returning to the U.S. were faced with what became the beginning of the Covid-19 lockdown. During thistime, Saran quickly began writing and recording demos for what would ultimately transform into inglish. The new album explores new musical territory, as Saran incorporates predominant Indian and Middle Eastern instruments for the first time, while expanding the use of modular synthesizers in the momentous arrangements.

Throughout his life, having to assimilate into different cultures has been a common occurrence for Saran, and inglish is a reflection of that progression and evolution. "I wanted to find a metaphor for this idea of existing in the world where you're trying to navigate a global culture while at the same navigating your own culture and home culture," he says.Managing changes in culture and language has been a repeat experience for the Indian artist, who has spent time living around the world in places like New Delhi, Dhaka, Cairo, Geneva, Toronto, Boston, and New York City.

While language is a large part of the inspiration for inglish, the reflection on personal identity and the tension between trying to retain one's own native tongue and customs while living in non-native territories is equally present. The unboxing of how traditions and cultures get passed down by generations, and the true origins of those artifacts, was alsoin the foreground of Saran's mind when writing and recording inglish. 'It was interesting to see that the origins for a lot of my own internal biases about being Indian, and Indian identity, seemed actually not to stem from Indian culture, but actually came from external sources," says Saran. 'What ends up happening, I believe, is that the narratives and thebiases get internalized by the community, and then sort of get re-fed back into the community like a feedback loop."

inglish is multi-layered album that explores concepts of identity far beyond the music. As people continue to think, move, and grow globally, the essence of native culture and identity are challenged, but still remain critically important. For Shubh Saran, inglish is a longform message that pays tribute to the difficult process of assimilating while embracing your own culture.

The NRIS Nationwide chat room and State Wide Chat rooms are operated by the NRIS.com staff, and users falls under a number of regulations. This is to ensure a safe and fun chatting environment for all!

Thanks for joining us in chat!

We thank you in advance for your understanding and continued support.